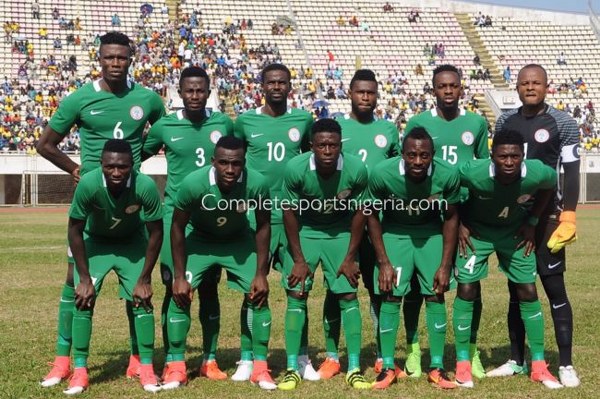 By Johnny Edward:
With six days to the Super Six tournament in Kano, several players of the Home-based Super Eagles  are worried that the Nigerian team is yet to be assembled for the tournament that will serve as their preparatory camp ahead of the CHAN 2018, Completesportsnigeria.com reports.
The Super Six pre-season tournament which holds from next Monday  to Sunday 10th  December is a build-up competition ahead of the new Nigeria Professional Football League season which kicks off January 14th.
All four teams (Plataeu United, MFM, Enyimba and Akwa United) that booked tickets to represent Nigeria in CAF competitions next season will be joined by host team Kano Pillars and the home-based Super Eagles, to battle for honours..
“The Federation must also help us prepare well for the Super Six and the African Nations Championship (CHAN) tournament,” one of the five Akwa United players in the Home Eagles squad to the 2017 WAFU Cup of Nations tournament in Ghana told Completesportsnigeria.com.‎
“I don’t even know which team I will represent because my club will also feature in the Super Six.”
Another player from Enugu Rangers who also spoke on condition of  anonymity said: “We didn’t have enough time to blend well for the WAFU tournament, but we got to the final.  I think we should prepare well for the CHAN tournament starting from the Super Six competition so that we can do well at the CHAN tournament.”