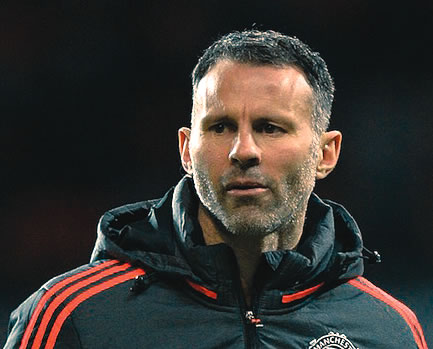 Manchester United great Ryan Giggs has thrown his hat into the ring as a contender to become the next Wales manager.

Chris Coleman stepped down as Wales manager last month to take up the reins at English second-tier club Sunderland and the Football Association of Wales is looking for a replacement.

Giggs scored 12 goals in 64 appearances for Wales spread over 16 years between 1991 and 2007 and said he would love to succeed Coleman.

“I’ve not spoken to anyone at the moment, but I’d definitely be interested.”

Giggs, 44, spent four games as interim United manager in 2014 following David Moyes’s sacking and then worked as an assistant to Louis van Gaal for two years before leaving the club last year.

His former Wales team-mates John Hartson and Craig Bellamy have also expressed interest in the post, while Tony Pulis is believed to be another contender.

Coleman led Wales to a shock semi-final showing at Euro 2016, but they missed out on a place at next year’s World Cup in Russia.