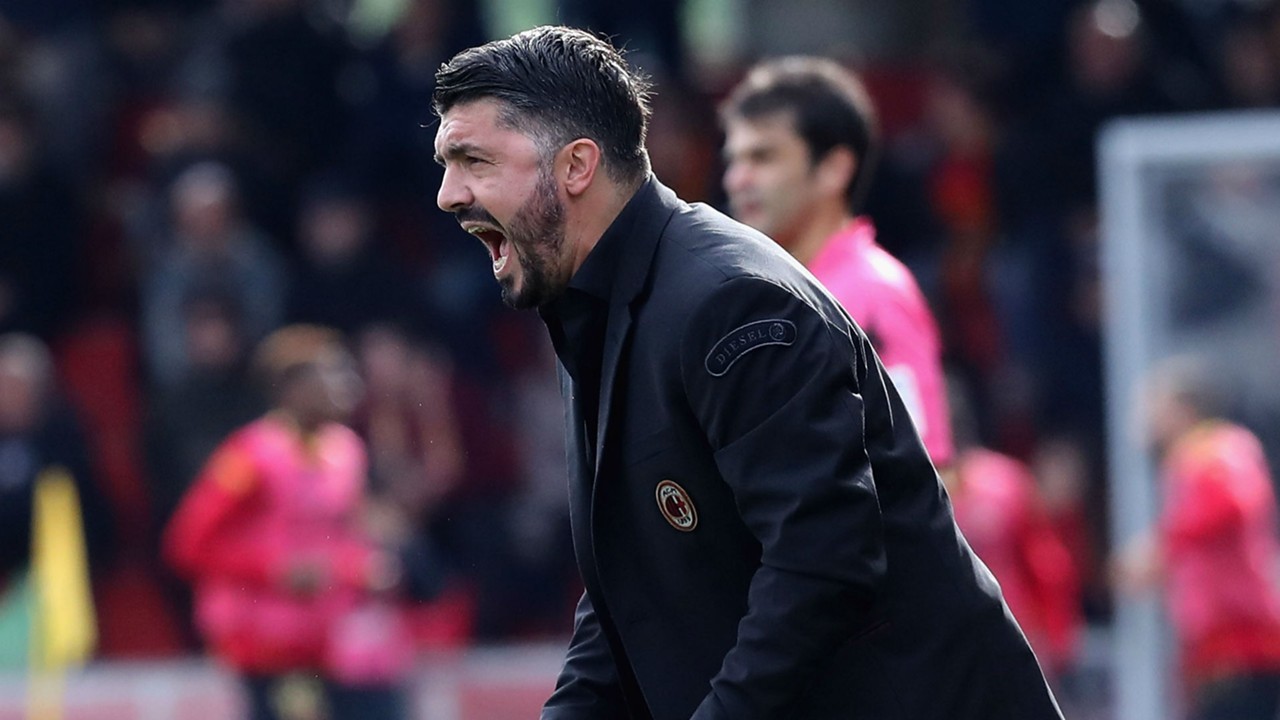 Giacomo Bonaventura’s brace either side of Bologna’s Simone Verdi’s goal handed Gennaro Gattuso his first win as coach of AC Milan but the club great is not over the clouds yet.

Gattuso, known for his aggressive style of play, revealed he was tense as the game wore on but it was nothing new as he gets tensed even when playing football with his son.

“I’m always tense, even when I play football with my son, but certainly on this bench it’s even more exciting,” Gattuso told Mediaset Premium.

“Milan is my second skin.”

It marked a first win at the helm for club great Gattuso, who replaced Vincenzo Montella late last month.

The former defensive midfielder said there was still a lot of work to do for his seventh-placed team as he explained the tension he felt on the bench.

He added: “We still have to improve, especially on the defensive aspect, because Bologna have put us in trouble on more than one occasion.

“But I have to thank the guys for the victory, for the mentality and the sacrifice they made on the field.

“I keep the performance and the result, but we must bear in mind the road is still long.”

Bonaventura’s 76th-minute goal was decisive for Milan, who ended a three-game winless run in the league.

Gattuso hailed the Italy international, labelling the 28-year-old one of the best midfielders in Serie A.

“He can play everywhere. He has great quality, he knows how to score,” he said.

“I think he is one of the best midfield players in Italy. He still has to improve a little bit from a physical point of view because he had a lot of injuries at the start of the season.”

Facebook Comments
Gattuso: I’m Even Tensed Playing Football With My Son, Milan is Work In Progress