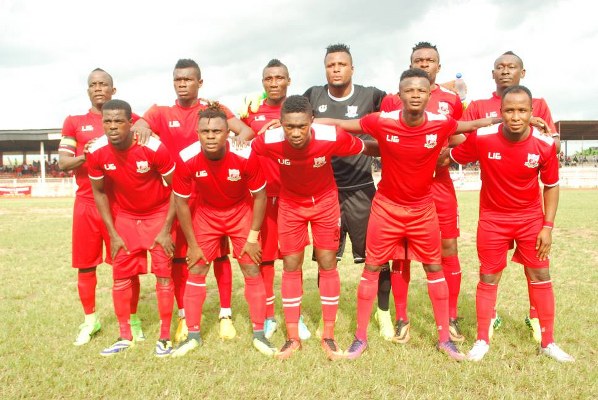 Completesportsnigeria.com can exclusively report that for the magnanimity of a Former vice chairman of Nigeria Football Association (NFA) and Chairman Gabros International Ltd, Chief Gabriel Chukwuma, saved Heartland FC of an embarrassment pulling out of the ongoing South East/South South Preseason tournament in Nnewi over lack of funds to pay hotel bills, Completeaportsnigeria.com reports.

The newly promoted NPFL side were said to be financially distressed and could not afford accommodation fee until Chukwuma who is owner of Beverly Hills Hotel, Nnewi, intervened.

Chukwuma who is said to have business interest in Owerri asked his hotel officials to grant the Owerri side credit facility on the grounds that they would pay when they are financially capable to do so.

General Manager of Nnewi United, Olisa Onuchukwu, who also watched the drama wondered why a team that just gained promotion to the Premier League were left to their fate like orphans.

“Heartland is a team easterners are always proud of. It is not often that a team goes down and makes an instant return to the top flight,” Onuchukwu told Completesportsnigeria.com.

“But for Heartland to do that tells their quality. So I think they should be encouraged to consolidate on that by way of financial motivation rather than what is presently happening to the club” Onuchukwu, former proprietor of Enugu City FC lamented.

“The management of the club led by Hon. Chibuzor ‘Bash’ Etuemena is doing well. The new season will start in about one month from now and it will be embarrassing if the club fails to do well.”
Attachments area