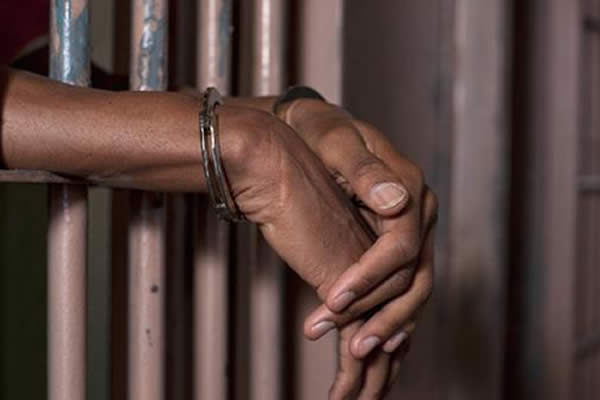 Two friends, Muhammed  Abubakar and Mubarak Muhammed, were on Tuesday, remanded in  the prison custody by a Katsina States’ Senior Magistrate Court for alleged armed robbery.

The court ordered that they would remain in custody till January 20, 2018.

The duo, who are residents of Sabo Unguwar Quarters, Katsina, were accused of conspiring with two persons at large, to rob one Tukur Hassan.

The police alleged that the defendants while armed with a hacksaw attacked Hassan on November 20 at the Filing Kannada area in Katsina.

They were said to have dispossessed Hassan of his TECNO handset valued at N22,000.

The police alleged that the accused sold the handset for N18,000 at Unguwar Alkali Market, Katsina.

Hassan was said to have reported the incident at the Sabongari police station, leading to the arrest of the two friends.

He said the offence was contrary to Section 1(2)(a)of the Robbery and Firearms Act,LFN,2014 as amended.

The police prosecutor, Inspector Sani Ado, told the court that investigation was still ongoing towards the arrest of the two fleeing members of the gang.

The magistrate, Hajiya Fadila Dikko, adjourned the case and ordered that the two friends should be remanded in the prison custody.