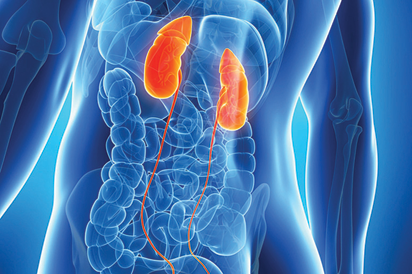 The surgeries were carried out last week by the medical team led by Dr. Obi Ekwenna and both the donors and the receivers are said to be doing well at the hospital’s intensive care unit.

According to Oji, one of the recipients of new kidneys, he has had kidney problem for about four years.

Commenting on the transplant surgeries, the team Leader, Dr. Obi Ekwenna described them as “successful and excellent by any standard anywhere in the world” and attributed the success to the dedication of his team, FMC management led by its CMD Dr. Abali Chuku.

“Dr. Abali Chuku is a strong and committed leader. We met few years ago and he expressed the desire to have transplantation center in the South East, Nigeria, particularly in his FMC and I pledged to assist with my Team in Toledo”, Dr Ekwenna explained.

Accordi g to him, under their partnership with the FMC Umuahia, his team would work towards transferring skills and return to Nigeria to render more professional assistance including doing more transplantations.

Chuku however, solicited for effective collaboration in kidney transplantation from the public and corporate organizations and commended University  of Toledo Medical Center in Ohio which he said is renowned for kidney transplanting.

“This university is globally known for kidney transplantation. After my induction into its Hall of Fame, I was asked what I would want the University do for me. And I chose establishing a Kidney Center”, the CMD said.