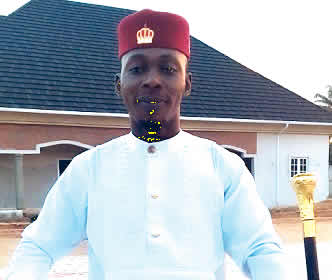 Some oil contracting firms have threatened to leave Ogba/Egbema/Ndoni Local Government Area of Rivers State over reports that suspected cult members loyal to a former militant leader, Prince Ejima Igwedibia, also known as Don Nwanee, were plotting to unleash mayhem in the place.

Nwanee, who surrendered his weapons and embraced the state government’s amnesty programme, was said to have been involved in the kidnapping and killing of innocent persons within Omoku, a development that made security agencies to go after him.

Security agents had on two occasions stormed the resident and shrine of the former militant leader and found 10 human skulls, some arms and ammunition, but could not ascertain if their target (Nwanee) was killed during the raid.

It was, however, gathered some persons loyal to Don Nwanee had threatened to cause mayhem if he (Nwanee) was not allowed to move free.

Speaking with Southern City News on Saturday, a senior official of Deanl’s Oil Servicing Company, Dr. Samuel Onyije, explained that they were considering relocating from the area as a result of the threat by suspected cult boys loyal to Don Nwanee.

Onyije explained that 300 hundred persons would be thrown into the labour market should the firm leave its current base in Ogba/Egbema/Ndoni LGA.

“It is becoming very tough here (ONELGA). When soldiers came, they made some arrest and left. But the boys are still there; the boys are connected to Don Nwanee.

“The boys are saying Don Nwanee should be given freedom to continue to do what he has been doing. They are threatening and that is why some firms are thinking of leaving.

“Our company is a very large one that is doing contract work with Agip, Total and Niger Delta Petroleum Resources. If we leave, about 300 persons will lose their jobs, he said.

Onyije, however, called on the Federal Government to beef security within the area to ensure the protection of lives and property within Omoku, the headquarters of the area and its environs.

“The Federal Government should come and beef up security in the area. Omoku is fast becoming another thing,” Onyije added.

A senior staff of another firm in the area, who does not want his name mentioned for fear of being targeted by cult members, said, “They (cultists) have threatened to attack the area if Don Nwanee is not allowed freedom.

“That is why many of us are afraid and we are thinking that we may relocate because the threat from these boys is real,”

It is believed that Don Nwanee, had escaped with bullet wounds when soldiers raided his shrine while searching for him after the killing of four persons in the area.

Nwanee, who was recently crowned a traditional ruler in ONELGA, had early this year denied involvement in the kidnapping and killings in the area.

However, the Army Spokesman of 6 Division, Port Harcourt, Colonel Aminu Iliyasu, has stated that less than a year after the amnesty, Don Nwanne had returned to criminality.