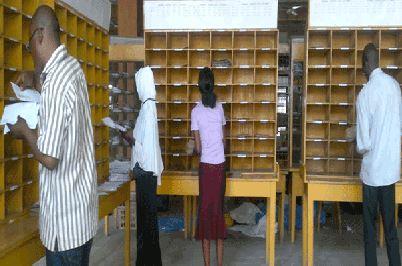 ABUJA—At last, the Federal government  has kicked off the much awaited modernization and restructuring of the Nigerian Postal Services, NIPOST with the inauguration of a steering Committee and project delivery team for the sector.

The partial commercialization is aimed at moving the sector from its old postal operations to an ultimate agency responsive to modern global exigencies with some of its services reflecting policies and economic interventions of government for effective service delivery.

Inaugurating the committee yesterday, the Minister of Communications, Adebayo  Shittu, affirmed that the restructuring is aimed at moving NIPOST from the old order of inactivity to a commercially appealing and viable state.

He said the reform is also aimed at evolving  new creative ways to keep NIPOST alive so it becomes a key element  in the communication value chain that has come to recognize and accept the place of knowledge resource management as the greatest economic enabler in an increasingly changing global village.

The minister noted that the National Council on Privatization under the Chairmanship of the Vice President, Prof Yemi Osinbajo constituted a steering committee to be headed by him alongside stakeholder, MDAs, the labour and postal consultants, stressing that the committee is expected to take postal services in Nigeria to a new height.