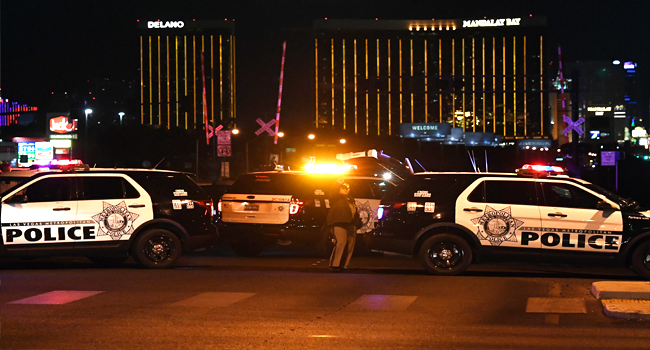 James de la Rosa was unarmed when four police officers in the rural Californian town of Bakersfield ended his life in a hail of bullets by the roadside.

At the age of 22, he had never picked up a single conviction, but initial police reports justified the killing by saying he had reached into his waistband after being chased by police and crashing.

“I’m broken”, sobs his mother Leticia as she visits his grave in a local cemetery three years after the killing, cradling a picture of her beaming son in happier times.

“No money, nothing in this world, will bring me back my son. I think of James everyday. I live in the house he was living in. He was a good kid, he had a bright future.”

A family lawsuit alleged that De la Rosa had his hands in the air when an officer first tried to taser him and then other officers opened fire, shooting him five times in the head, groin and other areas.

The family settled on a $400,000 compensation deal after it emerged that an officer had “tickled” De la Rosa’s dead body — but many other victims’ families feel they have never seen justice.

Far from the media spotlight on flashpoints like Ferguson, Missouri and Baltimore, at least 29 people have been shot by police in Kern County, where the oil production hub of Bakersfield is located, since 2013.

“And the Bakersfield Police Department had the highest rate of police homicides per capita of the country’s 60 largest police departments.”

Families of the dead say the real toll over the period covered by the report is 38 — and more than once a month in 2015 — although Mark Nations, a lawyer for the sheriff’s office, told AFP that year was an anomaly.

“We have not had an in-custody death since then. I can tell you there was a spike in incidents in the sense that there was not much going on before that and not much after that,” he told AFP.

The Bakersfield Police Department, involved in at least four deaths since 2016, refused to comment, citing an ongoing investigation by California’s public prosecutor.

The ACLU says the level of lethal violence directed at Hispanics and African Americans in Bakersfield by the predominantly white police force is out of proportion to the level of local crime.

Peter Bibring, the group’s director of police practices for California, has noted that a small number of officers in Bakersfield have been involved in two deaths or more.

One officer was present during the deaths of De La Rosa and two other victims — Jorge Ramirez and Jason Alderman.

Alderman, a 29-year-old father of two, met his end after being caught leaving a fast food joint he had just burglarized, in August 2015.

He was about to escape, having found nothing worth stealing, when he was gunned down by police who later said he had raised his car jack, which they thought was a rifle.

A surveillance video showed he had been crouching to get through a window when he was propelled back by the gunfire.

Ramirez, a 34-year-old father of five, was on probation when he agreed four years ago to lead officers to a suspect. But the operation ended in a bloodbath on a parking lot and he was riddled with police bullets.

“He was expecting the police to take care of him instead of killing him,” his father, Jorge Ramirez Sr, told AFP, adding that he was haunted by the image of his son’s death.

Oil producers and farm owners say locals, have disproportionate influence with police, who have a historical culture of impunity.

Police in Kern County and Bakersfield have said they are prepared to implement any reforms suggested by the California prosecutor.

But De la Rosa’s brother Joe Arambulo says public trust will not be restored until police can prove they are equipped to avoid unnecessary bloodshed.

“They don’t give these guys the right training. It’s a lot of broken families, mothers’ lost sons, sons’ lost fathers,” he told AFP.

“When I see an officer, I worry about my kids.