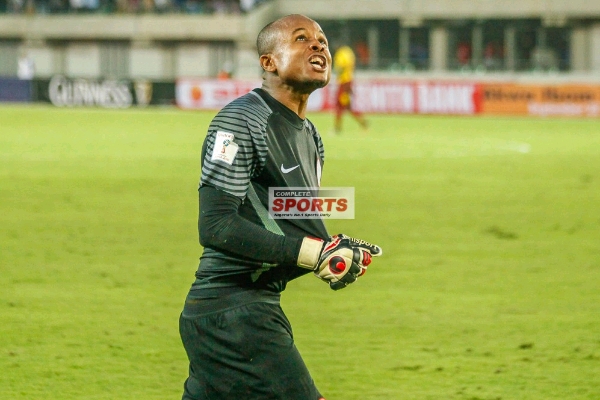 Ezenwa penned a one-year deal with the Peoples Elephant after severing ties with FC IfeanyiUbah following the expiration of his contract with the Anambra Warriors.

Enyimba and Enugu Rangers have won the highest number of titles (seven) in the history of the NPFL.

Ezenwa is determined to make his stay with the Aba side a successful one.

“Enyimba going by the record remains the most successful club in Nigeria and I’m happy to be part of this great team,” the former junior international told Completesportsnigeria. com.

“My number one target is to be part of history by helping the club win the league title next season.

“We finished third in the league last season but I believe we can do better next season. We have a lot of quality players in the team and I see no reason why we can’t win the title.”

Ezenwa who has already linked up with his new teammates in Kano ahead of the NPFL Super Six competition which starts next Monday will compete with the experienced duo of Theophilus Afelokhai and Fatau Dauda for the number one position.

“I’m ready for the fight. We are not rivals but teammates. We are going to play a lot of games both in the league and the continent and I believe all of us will have the chance to play,” he added.

Facebook Comments
Ezenwa: Why I Joined Enyimba, I’m Ready For The Challenge