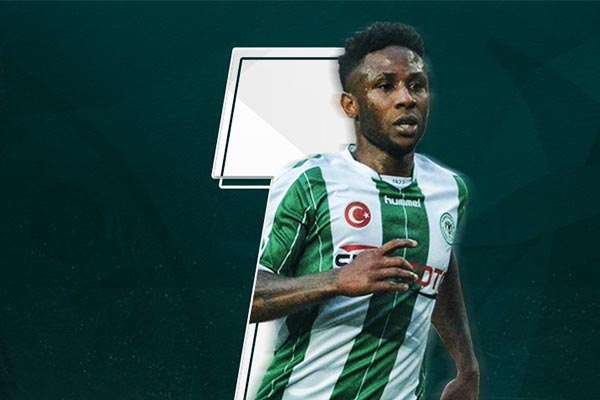 Ezekiel has made nine appearances in the Turkish Super Lig (two starts and seven assists), and 13 in all competitions for Konyaspor since he joined from Qatari side, Al Arabi, last summer but has failed to score thus far.

“The goals will come, I just have to be patient,” Ezekiel told Completesportsnigeria.com.

“It could come on Monday (today), who knows. I’m trying hard.”

Konyaspor are hanging perilously in the 17th position – relegation zone, in the Turkish Super Lig table with 11 points from 14 games .

Ezekiel was a member of Nigeria’s U-23 team to the Rio Olympic Games which won bronze medal . He has made one appearance for the senior national team, the Super Eagles.