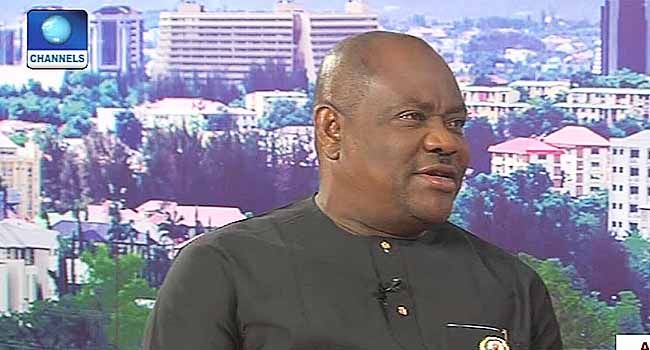 The governor also expressed confidence that the convention would produce a viable opposition that will overthrow the ruling All Progressives Congress (APC) when Nigerians go to polls in 2019.

He said this on Friday when he appeared as a guest on Channels Television’s breakfast programme, Sunrise Daily.

Addressing the issue of micro-zoning, Governor Wike said that what the party is really after, is to elect someone who can rebuild it ahead of the 2019 elections.

“So for the position of the chairmanship, we said look, anybody who thinks that he has the capacity, that he has what it takes to rebuild the party should throw himself in. So the issue of gentleman’s agreement does not arise.”

Speaking of the candidate of his choice, Wike expressed support for Mr Uche Secondus noting that he is very experienced and is fit for the position.

While defending the need for the south-south region to take the chairmanship seat, he noted that the zone has always brought victory for the party as against the south-west region.

“If you look at the history of voting as far as PDP is concerned, it has been the south-south that has given the PDP victory – it has never been the south-west in terms of election.

Explaining further, he said “If you elect Bode George as the chairman, is that going to change the fortune of the PDP in Lagos state? We have never won Lagos state – he was deputy national chairman of the party when Obasanjo was president – we never won,” Wike stressed.

The governor, however, noted that it is only an uncommitted party member that will not support the party regardless of the outcome of the convention.

“No committed party member will tell you if this happens, then this will be the end of P0P. Those are people who are not committed to seeing that the party bounces back.