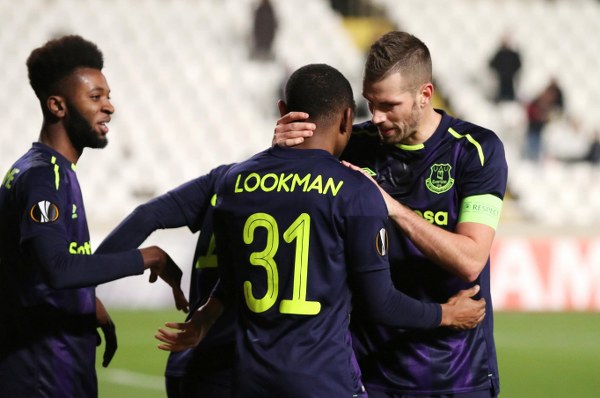 By Adeboye Amosu: Nigeria international Ibrahim Alhassan failed to help his team Austria Wien progress into the round of 32 of the Europa League as they crashed out of the competition following a 0-0 draw against AEK Athens on Thursday.

The midfielder was on from start to finish in the encounter. Austria Wien finished bottom of Group D on six points.

In the other group game, Croatian club HNK Rijeka defeated AC Milan 2-0. The Italians however finished top of the group despite the defeat and progressed into the next round with the Croats.

Milan are now without a win in their two matches under new manager Genaro Gattuso.

Nigerian duo James Adeniyi and Ridwan Adeshina also crashed out of the competition with their Albanian club Skenderbeu Korce.

The Albanians lost 2-1 against Young Boys of Switzerland and finished bottom of their group.

Everton who are already out of contention going into their final group game defeated Apollon Limassol 3-0.

Nigerian-born England youth international Ademola Lookman scored a brace in the game with Nicola Vlasic getting the other goal.
Italian club Atalanta drew 0-0 with Lyon to win the group.