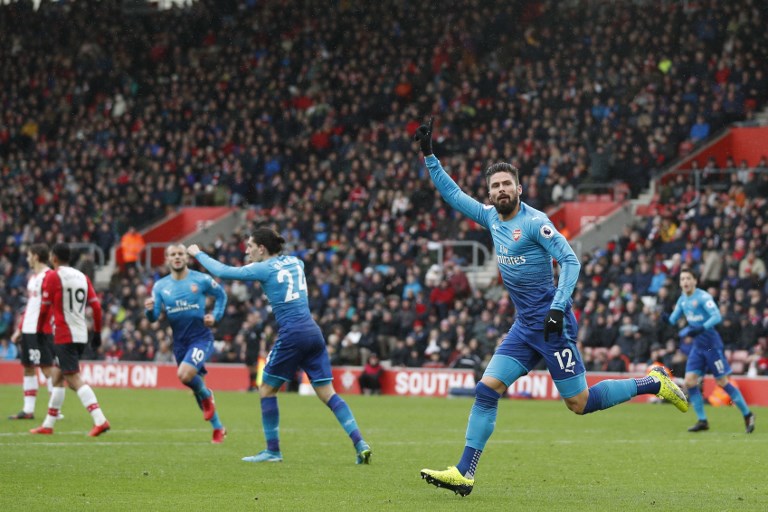 Arsenal will face Swedish minnows Ostersund whilst Celtic drew Russians Zenit St Petersburg in the draw for the Europa League last 32 on Monday.

The Gunners will need to get past a Swedish side coached by Englishman Graham Potter, a former journeyman footballer now 42 and who led Ostersund to the Swedish Cup last season.

Potter, the only English manager in European competition, has taken the side from the Swedish fourth division to the top flight in six seasons and will now lead them out at Arsenal’s Emirates Stadium in a dream match-up for the Swedes.

Back to the grim realities, Brendan Rodgers’ Celtic face the 2008 UEFA Cup champions in the form of Roberto Mancini’s ambitious Zenit, third in Russia last term and third in the standings now.

Of the eight clubs to join the draw having placed third in their Champions League groups, Italian high flyers Napoli drew RB Leipzig of Germany in what appears to be the toughest draw of the round.

But also on the menu are former Eastern giants Red Star Belgrade and CSKA Moscow, the once mighty AC Milan are pitted against Ludogorets of Bulgaria and Lazio against Steaua Bucharest.