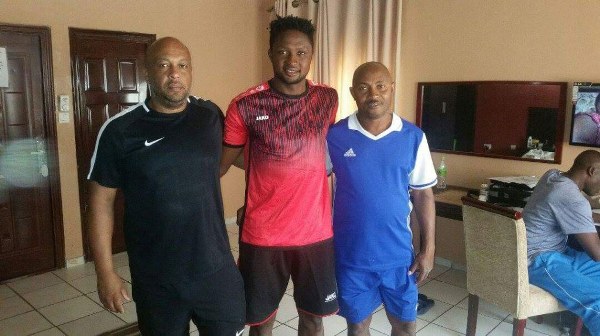 By Adeboye Amosu:
Enyimba have completed the signing of Ghanaian midfielder Tofic Umar on a two-year deal, Completesportsnigeria.com reports.

The 22-year-old is the second Ghanaian at the Peoples Elephant with experienced goalkeeper Fatau Dauda already a key member of the team.

The defensive midfielder has already linked up with the former African champions in Kano where they are preparing for the NPFL Super Six competition and the 2017/2018 season.

Ghanaian players Godfred Saka and Farouk Mohammed are also on the verge of completing moves to Enyimba.

Enyimba finished third in the NPFL last term and will compete in the CAF Confederation Cup next year.