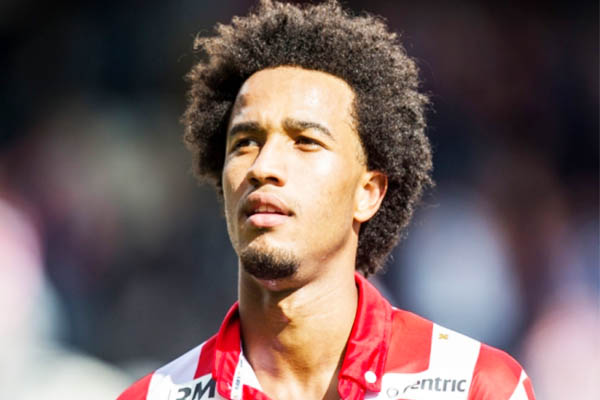 The 25-year-old who has a Nigerian father and a Belgian mother is a nephew of Belgium international Moussa Dembele who plays for Tottenham Hotspur in the English Premier League.

Sanusi is eligible to play for both Nigeria and Belgium although he has already represented the latter at the U-20 level.

“It’s not something I’m really working on, but it would of course be great,” he told Dutch newspaper Het Algemeen Dagblad.

“The Red Devils (Belgium) are far too ambitious. After all, every player wants the highest possible, which is the World Cup., you can not come higher than a World Cup as a footballer.

“You always aim to play at the World Cup as a footballer but the Belgian team will be a difficult story for me.

“To play for Nigeria at the World Cup, of course there are a lot of good footballers in Nigeria, but it seems to me that I will get a chance there rather than in Belgium, although I do not really take it into account.”

Sanusi joined Sparta Rotterdam from Willem II in 2015 and has scored seven goals in 72 appearances.