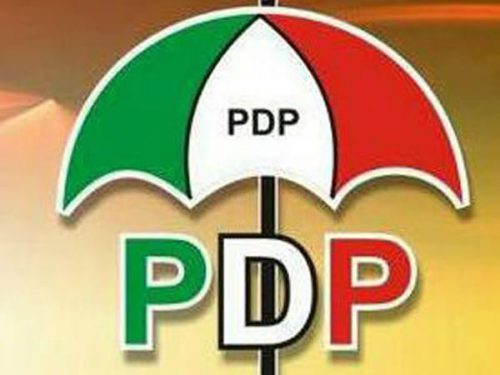 Mr Ekos Akpokabayen, Chairman of the Peoples Democratic Party, South Africa chapter, has called on members of the party to elect vibrant and young leaders at its national convention.

The decision, taken at its 76th NEC meeting, said that the convention would take place at the Eagles Square, Abuja.

Akpokabayen told the News Agency of Nigeria in Johannesburg, South Africa, on Wednesday that the party deserved a stronger leadership after overcoming some crises.

“We want a leadership that is able to do the job. For us, the chairman of the party should understand the dynamics, the plight of its members and current agitations we have been having in some state chapters of the party,” he said.

Akpokabayen said that a major challenge the party had in the past was the imposition of candidates who were not popular with the people.

“We want a chairman that will be able to run the administration of the party and bring right candidates that will be flag-bearers for elections, especially at the state levels.

“Currently, we want someone that is vibrant and young in blood.

“We are tired of seeing the same old faces, it is as if sometimes, when we hear the names, then you think, we have not moved a year,” he said.

The chairman said that the members were eager to support the new leadership and ensure that the right things were done.