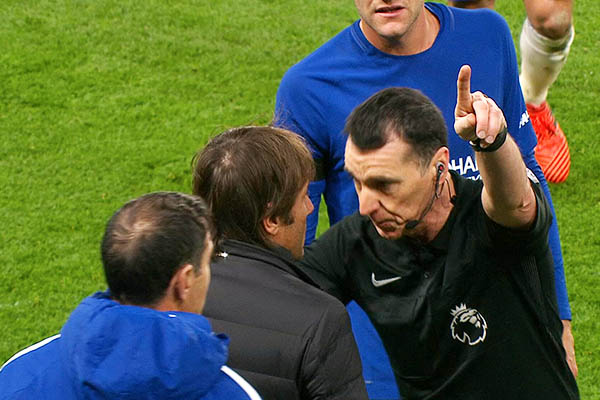 Chelsea manager Antonio Conte has been fined £8,000 after admitting a Football Association misconduct charge following his sending-off against Swansea.

The Italian was sent to the stands by referee Neil Swarbrick towards the end of the first half in Chelsea’s 1-0 victory after furiously protesting against the award of a Swansea goal-kick.

The Football Association announced: “Chelsea manager Antonio Conte has been fined £8,000 after he admitted an FA misconduct charge and accepted the standard penalty.

“It follows his sending-off against Swansea City on 29 November.”