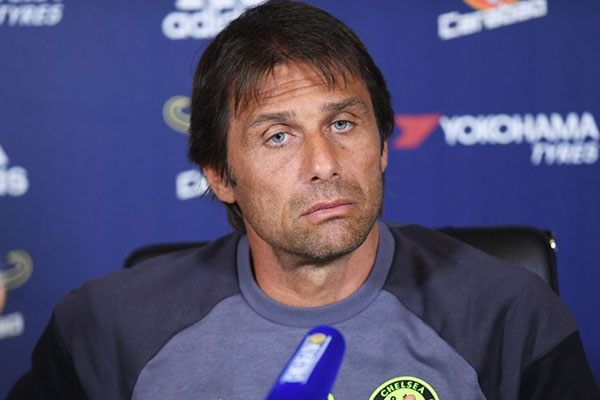 Chelsea boss Antonio Conte says his side must take all three points against West Ham in the Premier League on Saturday and close the gap on both Manchester United and Manchester City who face each other in the Manchester derby at Old Trafford on Sunday.

Chelsea are currently third in the league table on 32 points and, if they beat West Ham, will temporarily equal United on 35 points and cut City’s lead to eight points.

Conte however admitted that it would not be easy against the Hammers who are 19th on the log.

“Chelsea must try to win on Saturday as we know there is the Manchester derby on Sunday, but beating West Ham will not be easy,” Conte said in his press conference on Friday ahead of Saturday’s away clash against West Ham.

“West Ham have a lot of good players, lots of players strong physically and I think it is a bit strange to see them in a low league position.”

“David Luiz is out injured and Danny Drinkwater is unavailable due to sickness. I have to check the physical condition of a couple of other players before making a selection.”

On the outcome of the 2017 Ballon d’Or where Eden Hazard and N’Golo Kante finished 19th and eighth respectively, Conte said: “Eden needs to win more trophies to feature higher up in the Ballon d’Or voting.

“It is a big achievement for a player (Kante) of his type.”