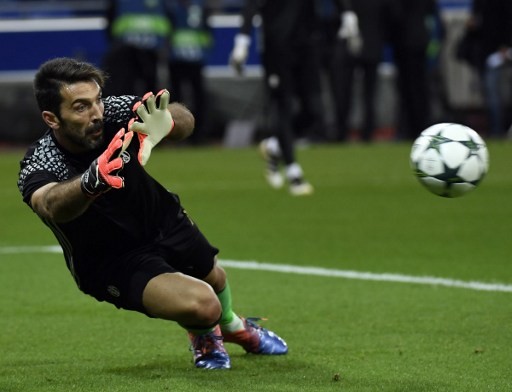 Juventus –runners-up twice in the last three seasons – head to Athens needing a win to ensure their passage to the knockout phase.

But Gonzalo Higuain will play after scoring the winner against Napoli at the weekend despite a broken hand.

“Higuain will be on the pitch tomorrow, because he is doing well both physically and mentally,” said Allegri.

“Tomorrow could be decisive. We are still evaluating Buffon and Pjanic, who is suffering from a muscle strain.”

A draw or even defeat would be sufficient for the six-time defending Serie A champions unless Sporting Lisbon beat Barcelona at the Camp Nou.

“We can’t afford to wait and see what Barcelona’s result will be,” continued Allegri.

“Either we win or we run the risk of exiting the Champions League. Tomorrow (Tuesday), our approach must be spot on. We have to be patient and take our chances to win the game.”

“With (Giorgio) Chiellini out, either (Daniele) Rugani or (Mattia) De Sciglio will play. (Mario) Mandzukic will be available as well.”

Allegri added that it would be an important test for Argentina striker Paulo Dybala “to return to his highest level” and score his first Champions League goal this season to add to his 12 in Serie A.