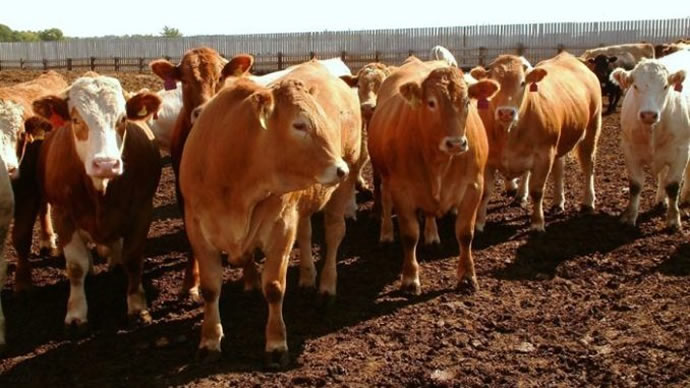 The Bayelsa Government has called on the Police and other security agencies to apprehend the killers of a prominent cattle dealer, Alhaji Jibril Abdulkarim, and three of his aides.

The cattle dealer and three of his aides were shot dead at his private abattoir in Yenagoa on December 2.

Abdulkarim was a member of the Bayelsa Committee for the Management and Control of Ranches, and Chairman Cattle Breeders Association in the state.

Governor Seriake Dickson of Bayelsa, in a visit to commiserate with the families of the deceased, condemned the reprehensible act.

Dickson, who was represented by the Chief of Staff, Mr Talford Ongolo, assured the families of the state government’s efforts to fish out the perpetrators.

He said that the State Government would collaborate with the security agencies to ensure that those behind the heinous act were arrested and brought to justice.

The governor, who was accompanied by other top government officials and security chiefs in the state, described Abdulkarim as a peace-loving, law-abiding and easy going businessman who was a friend to all, including the government.

“As a government, we condemn it and we shall work closely with the security agencies to apprehend the criminals who committed these unacceptable acts in order to bring them to book.

“Alhaji Jibril was a good man; he was very easy going. He worked closely with our government to promote peace and unity among all in the state.

“He was never caught violating any law and we are indeed shocked to hear of his gruesome murder alongside some of his boys,” Dickson said.

He warned that the state government would not tolerate crime and criminality, stressing that those behind the killings shall not go free.

He urged the security agencies to intensify efforts until the perpetrators behind the killing of innocent people were apprehended and prosecuted.