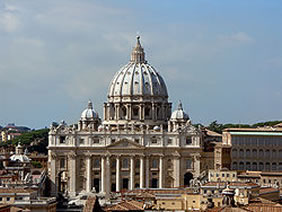 Kidnappers have released an abducted Catholic Priest, Rev. Fr. Cyril Essien, after a N350,000 ransom was dropped at a designation point on Edgerton Street in Calabar, Cross River State.

Essien was abducted on Friday from a Catholic Church in Awi, in the Akamkpa Local Government Area of the state, by some gunmen.

He was said to have been released on Sunday after the ransom was paid.

An eyewitness, Okon Ayi, told PUNCH Metro on Monday that Essien was kidnapped shortly after the church’s evening programme by five gunmen who stormed the premises and shot continuously.

“It was the sound of gunshots that drew my attention. I looked around and saw armed men. They took the priest away in a waiting vehicle,” he said.

A police source disclosed on Monday that the priest was released after the ransom was paid.

“He was released on Sunday after the kidnappers got the ransom. They dropped N350,000 in a particular spot on Edgerton Street in Calabar,” he said.

The state Police Public Relations Officer, ASP Irene Ugbo, who confirmed the kidnap, said the priest had been released.

Ugbo said, “The priest was kidnapped in front of the church on Friday and was taken away by five armed. We immediately swung into action when information got to us.

“We dispatched our men who rescued the victim.”

The PPRO said he was not aware that any ransom was paid to secure the priest’s release.