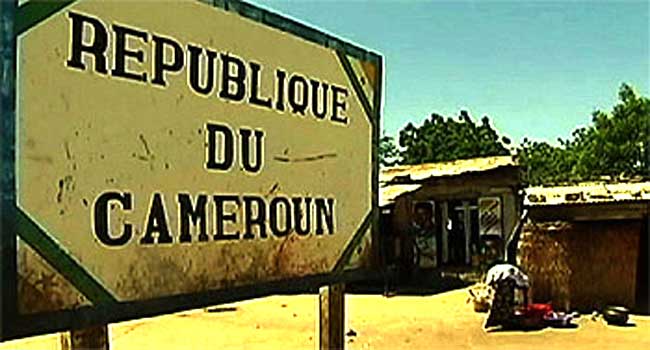 Violence in English-speaking areas of Cameroon over the last year is having a knock-on effect in neighbouring Nigeria, where thousands of refugees are seeking sanctuary.

Some are fleeing the unrest while others are suspected to be secessionists in favour of armed struggle, who could use the Nigerian side of the border as a base.

“But many of them have not been registered yet and people are still coming in,” he told AFP.

Most have fled across the border on foot through the bush since the start of an increased crackdown by authorities in Yaounde.

Cameroon was divided between French and British colonial rulers before independence in 1960 and English-speakers account for some 20 percent of the population of 23 million.

They have long protested against what they perceive to be a bias towards their French-speaking compatriots.

In recent weeks, growing numbers have joined the ranks of the secessionists, some of whom are openly advocating armed struggle for an independent state.

The security situation has worsened significantly since the authorities have cracked down on pro-independence demonstrations.

Ten soldiers and police officers, as well as several civilians, have been killed since October 1, when separatists symbolically declared an independent state of “Ambazonia”.

The recent violence blamed on small, well-organised groups has been concentrated in forested and mountainous border areas. Only two roads link Cameroon and Nigeria.

Cameroon’s government now suspects some separatists of using Nigeria as a support base and to obtain weapons, given the difficulty in policing the porous border.

“One thing is sure, the most radical elements are in the process of recruiting with the aim of starting guerilla warfare,” said Cameroon army spokesman Colonel Didier Badjeck.

Eleven people suspected of planning to going to Nigeria for training were arrested last week in the Mamfe area of Cameroon, where four soldiers were killed at a checkpoint.

Nna-Emeka Okereke, a political analyst in Abuja, warned that Nigeria’s authorities had to be “very careful” about the violence across the border.

“For now, this is spontaneous violence — mainly reprisal attacks (against the security forces) — but by the time they are well-coordinated, it will be a big problem that will transcend Cameroon’s boundaries,” he said.

Okereke said there was a risk the separatists in Cameroon could look to “create synergies” with Nigerian groups, even if there was no concrete evidence of links just yet.

Cross River is not far from the badlands of the Niger Delta, where armed rebels have repeatedly hit oil and gas infrastructure to secure more revenue from the lucrative sector.

Nigeria’s southeast is also the heartland of pro-Biafran separatists. Fifty years ago, their unilateral declaration of independence sparked a bloody civil war.

Okereke said groups such as the Indigenous People of Biafra (IPOB) — which the government in Abuja considers a terrorist organisation — share “the same ideology”.

They also have the same sense of “exclusion” from the centre as the anglophone minorities in Cameroon, he added.

The Nigerian government has not yet commented officially on the crisis on its doorstep.

But a high-ranking Cameroon official said “presidents (Muhammadu) Buhari and (Paul) Biya have broached the subject and telephones work very well between Yaounde and Abuja”.

Nigeria and Cameroon have had strained relations in the past, in large part because of their rival claims on the oil-rich Bakassi peninsula in the southeast.

A UN-brokered agreement signed in 2008 handed the territory to Yaounde and led to improved ties.

In the last two years, the two countries’ armies have also worked together in the fight against Boko Haram jihadists in the Lake Chad region.

For now, many fear that increased tensions in anglophone Cameroon could spark a new wave of migration into Nigeria.

A security source confirmed to AFP that “massive army operations were being prepared” in the English-speaking region.

Colonel Badjeck denied claims that military reinforcements had been sent.

But he added: “We have been patient, the orders have become a lot stronger. We are going to find the terrorists wherever they may be to neutralise them.”