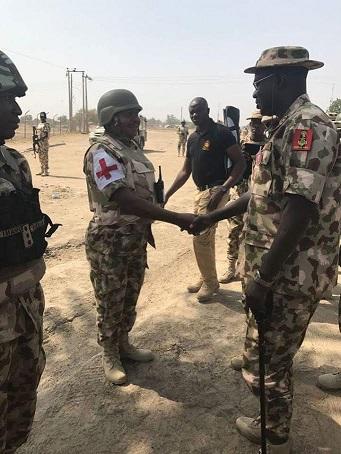 Nigeria has replaced the officer leading troops fighting Boko Haram, the army said on Thursday, after a recent surge in deadly attacks in the country’s remote northeast.

He takes over from Major General Ibrahim Attahiru, who was appointed to the post just seven months ago and now has been reassigned to the army’s policy and planning department.

No reason was given for the change.

In recent weeks, there has been an upsurge in Boko Haram attacks that have cast further doubt on government and military claims that the jihadists are a spent force.

On November 21, another suicide bomber blew himself up killing at least 50 worshippers at a mosque in Mubi, a town in Adamawa state, northeast Nigeria.

There have also been hit-and-run raids targeting towns, villages and military outposts in the northeast.

The Boko Haram insurgency, which began in 2009, has left at least 20,000 dead and made more than two million others homeless.