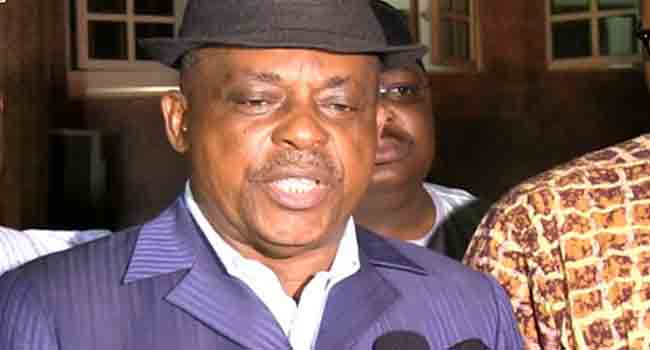 Mr Uche Secondus has been declared the winner of the Peoples Democratic Party’s National Chairmanship election.

The PDP chief defeated Professor Tunde Adeniran and Raymond Dokpesi to emerge victorious at the party’s controversial national convention which commenced on Saturday at the Eagles Square in Abuja.

He was declared winner of the election after polling 2,000 votes, compared to the 230 votes secured by Professor Adeniran and the 66 votes Dokpesi got in the election.

Consequently, he was declared winner of the election by the immediate past Governor of Benue State, Mr Gabriel Suswam, who is the Chairman of the Electoral Committee.