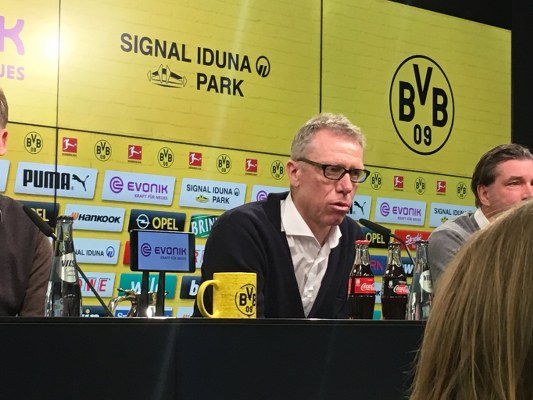 Borussia Dortmund have sacked Peter Bosz as head coach after the club failed to win any of their last eight Bundesliga games.

Bosz, who led Ajax  to the 2017 UEFA Europa League final where they lost to Manchester United, will be replaced by former Cologne coach Peter Stoeger.

Dortmund Chief Executive Officer DHans-Joachim Watzke said: “Peter Bosz has been relieved of his duty as Borussia Dortmund head coach. We had a dinner with him last night and a pleasant conversation and agreed that he should leave.
“Peter Stoeger will take over immediately. Let Peter Stoeger work a little, get to know the team. Our aim is to win a few points until Christmas. Then we’ll talk about targets.
“We’re expecting this to go until June 30th, but nothing’s set in stone.”