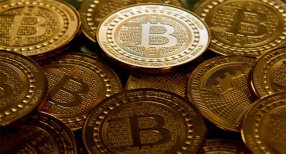 Cryptocurrency Bitcoin made its debut on a major bourse Sunday, opening at $15,000 per unit at the Chicago board options exchange.

Around 23:20 GMT, the price of the currency had risen to $15,940 dollars on a futures contract scheduled for settlement on January 17 according to data provided by the Chicago board options exchange (Cboe).

A futures contract is a financial product that allows investors to bet on whether the currency’s price will rise or fall.

It is the first opportunity for professional investors to invest in bitcoin.

Many are way of embracing bitcoin because it has no central bank backing it and no legal exchange rate.

The first twenty minutes of trading saw volatility, with the price rising to $16,600 per unit before going down.

Bob Fitzsimmons, a futures manager at Wedbush Securities, told AFP approximately 150 trades were made in the first few minutes.

Its price was $15,250 in pre-opening trades that took place 45 minutes before the official start, Fitzsimmons added.

This was still far short of its highs of $17,000 on other non-regulated online platforms last week.

The Cboe website was down at the time of the debut on Sunday.