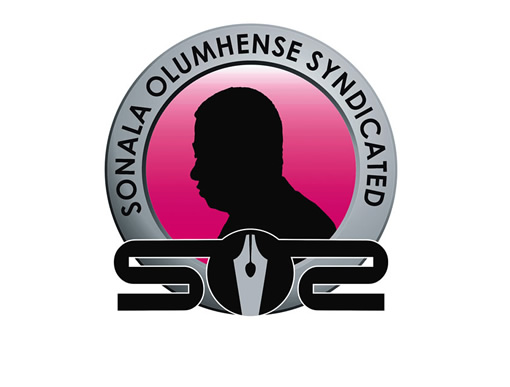 To put the philosophical enormity of this admission in context, his government also stated during the same week that it rode to power on the platforms of security, the economy, and fighting corruption.

According to presidential spokesman Garba Shehu on Wednesday, Buhari said: “The three things we said in our campaign on security, economy and fighting corruption, nobody will be able to successfully disabuse the minds of Nigerians on our clear intentions for our country and our people.”

That statement clearly did not say the government has achieved much.  Intention is different from achievement.

Buhari, in Kano as part of a sudden outburst of visits to the states as the 2019 presidential contest begins to take shape, described the power of corrupt Nigeria as “enormous.”

Nonetheless, his government, he declared, was “determined to deal with the situation headlong,” citing “what is happening today on ground” as evidence.

He observed that the democratic environment (that is, rule of law as opposed to military freestyle governance) has made the fight against corruption even more difficult because of corrupt Nigerians fighting back.

He further disclosed that property confiscated from corrupt Nigerians is now being sold and “the money be deposited at the treasury,” as a way of avoiding a repeat of his experience when he first led the country when his successors returned such property to their powerful owners.

I did not know there was such a policy under this government.  I have no idea where such property is being listed for sale, who is buying them, and for how much; or what problem the selling of confiscated property solves today.  Only recently, the president empanelled a body to audit recovered loot.  Is confiscated property classified as “recovered”, and therefore can it be quietly sold by the government?

But sounding like a candidate for office rather than the incumbent, Buhari affirmed that the fight against corruption requires zeal, courage and full determination to succeed, and that his government has all these attributes.

“To show our seriousness in this fight today, among those being investigated was a high court judge whose house was searched and several foreign currencies were found and some passports.”

That may be Justice Adeniyi Ademola, who was finally fired last Thursday.  Reports said about N300 million, in various currencies, was found in his home during a DSS raid in October 2016.  Also taken by surprise that weekend and allegedly similarly separated from vast sums of money were Supreme Court justices John Inyang Okoro and Sylvanus Ngwuta.  To be loyal to the facts, it was Ngwuta, not Ademola, on whom more than one legal passport was alleged to have been found.

Nonetheless, it is curious that contrary to what President Buhari said in Kano, Mr. Ademola was not sacked because of that arrest.  The National Judicial Council explained on Thursday that the judge fell to allegations in an election petition penned by the Committee of Anambra State PDP House of Representatives members-elect in suit FHC/ABJ/CS/254/2015.

This illustrates the problem with Buhari’s war: it is unclear, uneven, unstructured and unsupervised.  It is an arbitrary and ramshackle engagement, lacking history and logic.

Yes, there is tremendous corruption in the judiciary, just as we have it all over the country.  Everyone knows this, and I presume President Buhari also knew it during his years as a “broadcaster,” saying on every rooftop he was the man for the job.

But that bombast and bravado has been replaced only by excuses and justifications that mask an absence of substance and a plan.

Insecurity may appear to be easier to fight than corruption, but that is because one can be approached with bullets. Combating corruption calls for clear rules of engagement, a singular agenda, and popular participation.

Regrettably, we are at the point where it is impossible to tell the guilty from the innocent.  Goodluck Jonathan, who claimed to have fought corruption, fired EFCC boss Farida Waziri swimming in corruption allegations; Buhari, who swears he is the anti-corruption champion, fired Waziri’s successor Ibrahim Lamorde, who was in the middle of allegations of vast sums of recovered money going missing.  Neither leader investigated either chairperson.

And while the Buhari government has blamed its predecessor for everything, very few of its officials have ever been questioned, let alone prosecuted.

Worse still, the Buhari government uses the Jonathan template: aggressive propaganda while hanging on to its vilest officials.  Elsewhere, I have called it the Baggage Rule: nobody in the government in power suffers embarrassment or denial simply because he is corrupt, incompetent or malevolent.

It is disquieting, for instance, to think that the officials involved in the Abdulrasheed Maina mess all continue to hold their jobs.  And the DSS in Buhari’s Kano testimony is the same one with a key role in the Maina Mess, and the same one preventing the EFCC from making important arrests.

But at least one official understands.  Rotimi Amaechi, the Minister of Transportation, on Thursday urged the government to stop blaming Mr. Jonathan and get to work delivering good policies to the citizens.

He cited Nigeria’s infrastructure woes, relating a Singapore experience.  “I went to the new airport in Singapore and I didn’t find one person…” he said.  “As you walk in, technology takes over.”

He was talking about Changi Airport, which was routinely voted the world’s best for years even before the new terminal was opened six weeks ago.

But despite its size, technology and intricate design, Singapore’s new marvel was built in just three years.  Three years is the definition of the incompetence of the Buhari government only partly because of its age: three years is about how much time it takes us to invite Julius Berger or CCECC to come and bid for a new contract.

Supporting Mr. Amaechi last week, APC spokesman Bolaji Abdullahi stressed that Nigerians didn’t vote for the party because they wanted to be reminded of who’s responsible (for the country’s problems).

“They want us to be solving problems,” he said.

With Buhari, the hope was that the day had arrived when the incompetent and the complicit would make way for those who were willing and capable.  It is a clear measure of the futility of the APC it is only in the face of an election it remembers where it was going.

All Buhari had to do was lead by example, redefine the meaning and content of service, insist on the rule of law, and get out of the way.

No, corruption fighting back is merely a convenient excuse. As with any war, lack of appropriate preparation and strategy, and failing to assemble the appropriate weaponry and personnel is a prescription not for victory, but for defeat.

And oh: if the war against insecurity is so successful, why is it that Nigerian soldiers are raping 14-year-old Nigerian girls, as was reported by the New York Times on Friday?

Seems only the sluggish of spirit still misses the essence of Nigeria’s tragedy. It is neither PDP nor APC.  To borrow William Wordsworth’s famous line, “The child is the father of the man.”

Facebook Comments
Because the child is the father of the man