No fewer than 2, 000 members of the PDP, arrived the venue of the party’s national convention.

Party loyalist were seen beating drums and singing various songs in support of for the party.

The convention which is aimed at electing a new leadership for the party, had over 2800 delegates drawn across the country.

The public square, situated on a land measuring about five hectares, was fully draped with PDP colours of red, white, green and adorned with posters of aspirants of various positions to be contested during the exercise.

Security personnel drawn from various agencies in the country were positioned in strategic location ensuring law and order in and around the public square.

All the voting units, entry and exits points of the square were manned by a police officers, preventing non accredited members from entering the square while others were walking through the crowed.

The National Emergency Management Agency, other emergency response team and care-givers were also positioned in the square. 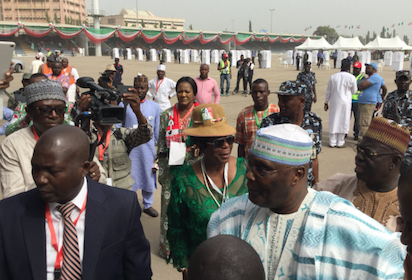 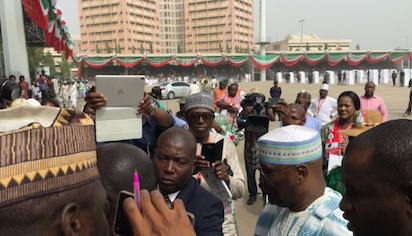 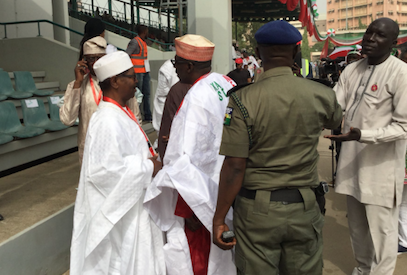 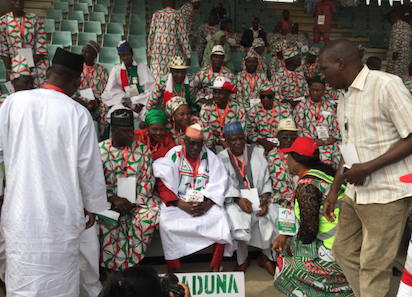