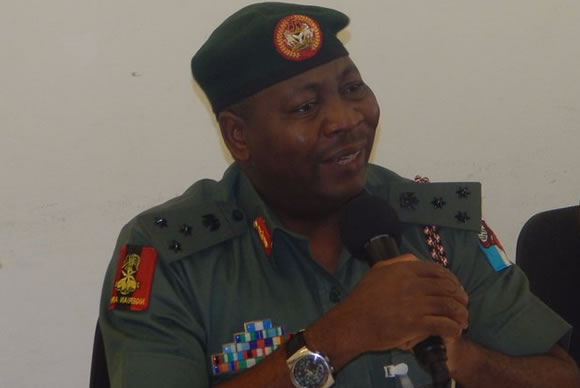 The Nigerian Army said on Saturday that its troops had captured no fewer than 60 Boko Haram terrorists in the North-East geopolitical zone, in the last three days.

The army said some of the captured terrorists were killed during an exchange of gunfire but said the Chief of Army Staff, Lt.-Gen. Tukur Buratai, was not injured by the insurgents, as being speculated in some quarters.

The Director, Army Public Relations, Brig.-Gen. Sani Usman, who said this in a statement, noted that the terrorists were captured around the Lake Chad area, and that the troops were closing in on “the political Boko Haram terrorists and their collaborators.”

Usman explained that Buratai was not injured by the insurgents when he went to see the troops, adding that members of the public should disregard the false information because the army chief was “hale and hearty.”

The army spokesman said, “Over 60 terrorists have either been captured or neutralised in the last three days. We are also closing in on their collaborators. They will soon be exposed and the law will take its course against them.

“The Chief of Army Staff was not involved in any ambush. In any case, there was no recently reported ambush against our troops anywhere. The public should disregard the ambush rumours as fake.”