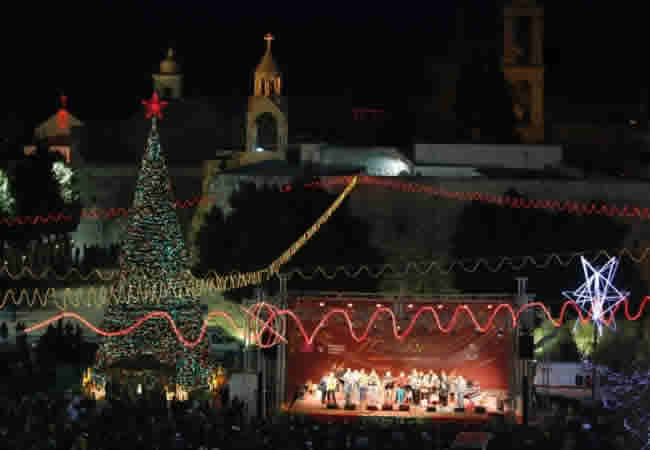 A Christmas tree adorned with lights outside Bethlehem’s Church of the Nativity, where Christians believe Jesus was born; and another in Ramallah, next to the burial site of former Palestinian leader Yasser Arafat, were plunged into darkness.

“The Christmas tree was switched off on the order of the mayor today in protest at Trump’s decision,” said Fady Ghattas, Bethlehem’s municipal media officer.

He said it was unclear whether the illuminations would be turned on again before the main Christmas festivities.

In a speech in Washington, Trump said he had decided to recognise Jerusalem as Israel’s capital and to also move the American embassy to the city.

Israeli Prime Minister, Benjamin Netanyahu, said Trump’s move marked the beginning of a new approach to the Israeli-Palestinian conflict and said it was an “historic landmark.”

Arabs and Muslims across the Middle East condemned the American decision, calling it an “incendiary move in a volatile region.”

The European Union and United Nations also expressed alarm at the possible repercussions for any chances of reviving Israeli-Palestinian peace talks. (Reuters/NAN)