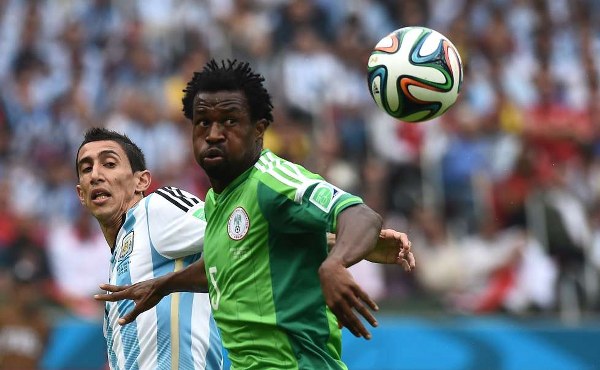 By David Meshioye:
Nigerian defender Efe Ambrose has warned that the Super Eagles should not take things for granted despite being grouped alongside Iceland and Croatia for the 2018 World Cup, Completesportsnigeria.com can report.

He however opined that Super Eagles’ recent 4-2 win over Argentina should give coach Gernot Rohr and his players a clear picture of what to expect in Russia.

“A whole lot of people are looking at Argentina but I think Iceland and Croatia must be handled with serious caution,” Ambrose, a key Super Eagles star at the Africa Cup of Nations in 2013, told Completesportsnigeria.com.

“These two countries could determine Nigeria’s chances of qualifying from the group. That is why we have to very careful when we face them.

“Argentina is known to us and we just played them in a friendly. I am glad we played the Argentines because we now know what to expect. But our worries now is that little is known about Croatia and Iceland.”