It would be called that BEDC disconnected the town from the national grid following a misunderstanding between it and some stakeholders in the town, leading to months of power outage in the university town and its environs. 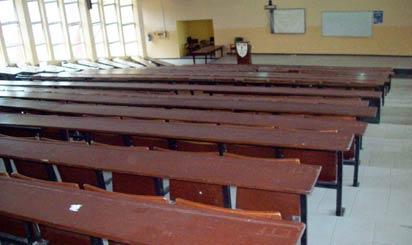 A statement jointly signed by the Chairman and Secretary of AAU-ASUU chapter, Dr. Monday Igbafen and Dr. Anthony Aizebioje-Coker, expressed concern over the development and called on BEDC to quickly resolve the crisis and restore electricity to the town.

The union expressed worries over the hardline position of BEDC, despite series of peaceful intervention by some prominent persons in Ekpoma, including the Onojie of Ekpoma HRH A. Abumere II.

It urged BEDC to use the opportunity of the intervention of Edo State House Assembly Standing Committee on Energy and Water Resources to resolve the crisis and re-establish a cordial social and business relationship with consumers in Ekpoma.

The union warned that further delay in the restoration of electricity in the town and environs may escalate the crisis and put BEDC on record as an insensitive organization, lacking in social responsibility.

“ASUU AAU Ekpoma wishes to state that the continuous deliberate cut of electricity supply to Ekpoma has not only disrupted socio-economic life of the people, it is hampering the smooth conduct of academic activities in the university,’’ it said.