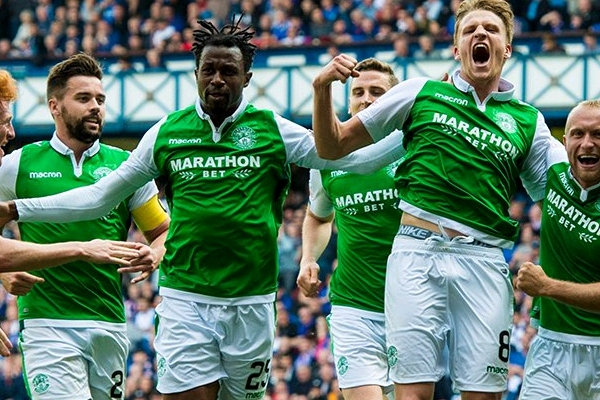 Ambrose and his Hibernian teammates will welcome Celtic in a Scottish Premiership clash on Sunday with the aim of becoming the first club to beating the champions since St Johnstone did so in May 2016.

Celtic have gone on a record-breaking 67 games without defeat in Scotland.

Ambrose who signed for Celtic in 2012 before leaving them for Hibernian in the summer after an initial loan move in February 2017, however recalled fond memories with the league champions.

“I enjoyed every bit of my time there, it gave me the platform to see and do things I never dreamed of,” Ambrose told Edinburgh News. “Celtic gave me the opportunity to do it. So they are still part of me and will always have a place in my heart.

“Everything about Celtic is something I cherish still. But that is something I keep in my house. Sometimes I like to be around them and support them, but the most important thing for me right now is Hibs.

“I focus on my game as a Hibs player and I am trying to help this club get to the highest place we can be in the league and try to achieve a cup.

“Records are meant to be broken and, if we break their run tomorrow (Sunday), well, we will deserve it because I know it will not be easy. We can’t just walk on the pitch. We will have to earn it. We will have to work hard for it because playing against Celtic, in the kind of form they are in and where they are in the league, despite their form in Europe – which everyone knows is not good enough – they are still Celtic.

“For me, and for some time now for them, it is like a dream. They never expected this kind of winning streak and nobody thought they could do it. When Brendan Rodgers came in he sat down with the players and he discussed his objectives and the most important thing he said was that he wanted them to be unbeaten at home.

“He knew they could lose elsewhere, but he wanted them to make sure that they are never beaten at home and make sure they qualify for Europe. But we can all see what he is getting there now. Everything is working our for them and they are doing well.

“No-one can say when it’s going to end, we are just going to try and see what we can get out of the game.

“But the mentality is winning. We are playing at home with the fans [behind us] and we know this game is going to be important for us with Aberdeen and Rangers coming up next. In one week we are playing the three best clubs in the country. We know we can improve in the league and it can put us back in the league but the most important thing is to concentrate on Celtic.”

Ambrose who won four league titles, one Scottish Cup and one Scottish League Cup with Celtic, added: “We know how dangerous they are, how they can keep possession, make teams run and chase, we know they can hurt teams.