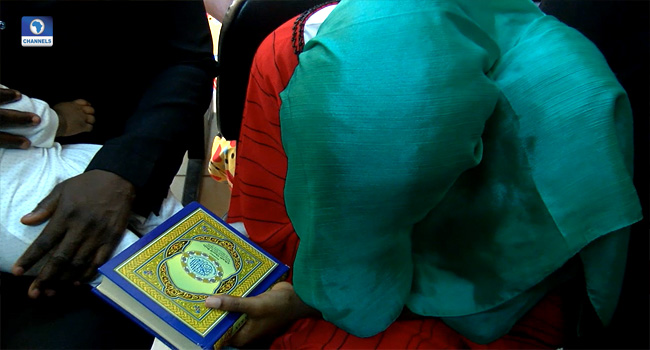 The trial of Maryam Sanda, the woman who allegedly killed her husband in Abuja has commenced, with the police filing an amended charge against her.

The charge has been amended to include three defendants, her mother Maimuna Sanda, her brother Aliyu Sanda and one other person.

However, the prosecutor says efforts by the police to serve the three others proved abortive, but they could continue with the trial.

The trial judge, Justice Yusuf Halilu, stated that things have to be done properly before a case is brought to court.

Meanwhile, the Counsel to Mrs Sanda has made an application for bail, noting that the application is ripe and should be moved.

The lawyer also requested that his client is released on interim bail because she is a nursing mother.

The prosecutor, however, insisted that the application should not be taken since the charge has been amended.

On his part, Justice Halilu, insisted that the application is not ripe for hearing and he is not inclined to giving bail until all defendants are arraigned.