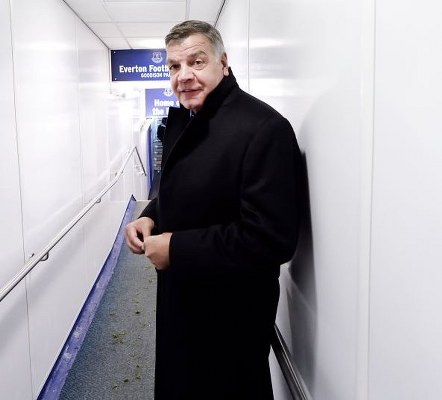 Everton manager Sam Allardyce plans to stifle Liverpool’s fearsome attack when his side travel to Anfield in search of a third consecutive English Premier League win.

The quartet of Saido Mane, Philip Coutinho, Mohammed Salah and Roberto Firimino have contributed 25 of Liverpool’s 33 goals scored so far after 15 EPL games this season.

“I’ve got 31 pros and they’re nearly all fit now so I need to assess them,” Allardyce said during the pre-match press conference on Friday.

“We’ve got Phil Jagielka and Michael Keane back which is good but we’re missing some big players.

“As soon as we get them back it gives me a great headache with team selection. Liverpool is the big test.

“The big derby against players in outstanding form up front and that’s the challenge we need to face.

“The squad will be assessed from last night’s game.

“We’ve just been installing some of the basics we believe in; team play and how we effect each other’s game and live or die by our team work.

“What sort of areas do we want to try and expose?

“When we keep the ball, why are we keeping it? It’s one thing at a time.

“We can’t let the occasion over-awe us. We have to deliver a performance that is tactically right and block off the areas Liverpool try and work in; then it’s how good we are when we get possession.

“We know we probably won’t get as much possession as them so how will we utilize it? If and when we get a chance we need to score.”

“James seems to have had a lot of occurrence of similar injury so I’m more wary of that.

“Hopefully by the end of January I have a massive headache in selection problems and new signings coming in.”

Allardyce was also coy in his response when he was asked on the club’s ambitious £60m move for Borussia Dortmund striker Pierre-Emerick Aubameyang.

“It’s the hardest thing to recruit today – a centre forward who scores goals,” he said.

“It’s the most expensive area of the pitch. We have a number of players here with decent goal scoring records; Niasse, Sandro. There are people who have scored goals.

“But it’s my opinion that my first signing has to be right for Everton and my future. You make bad signings you get the sack, good signings it helps your prospects.”

Facebook Comments
Allardyce: How Everton Can Stop Liverpool At Anfield