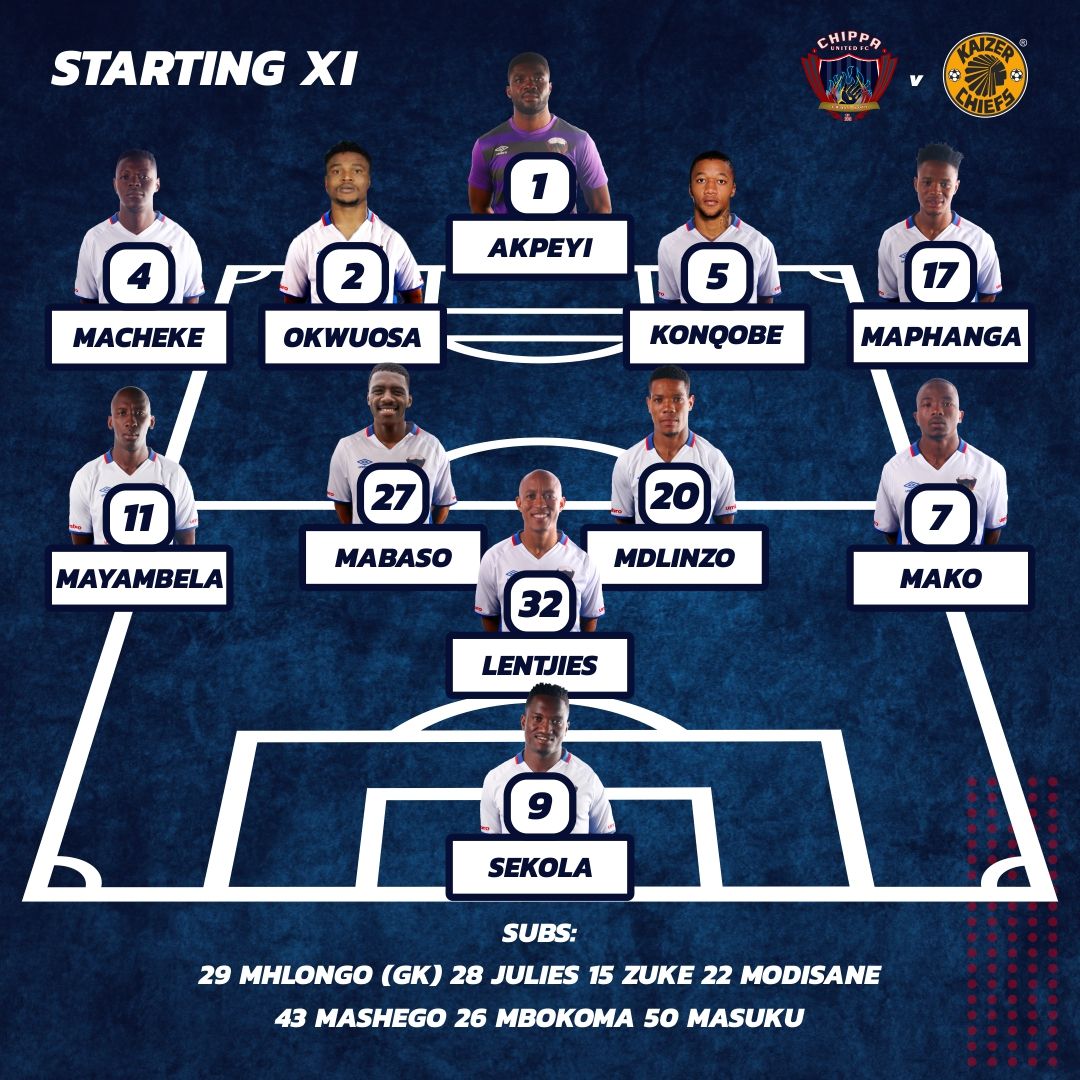 Akpeyi sustained a neck injury in the club’s previous ABSA Premiership clash last week against Mamelodi Sundowns and was unable to complete the game after he was stretchered off in the 68th minute.

He was however cleared by the club doctors to resume training few days later.

The Chilli Boys won the fixture courtesy of a fifth minutes strike by Ntuthuko Mabaso and now have now moved to second position in the table.

The 31-year-old has now kept six clean sheets in the 10 games he has featured for the club this season.

His compatriot James Okwuosa was voted man of the match in the encounter.