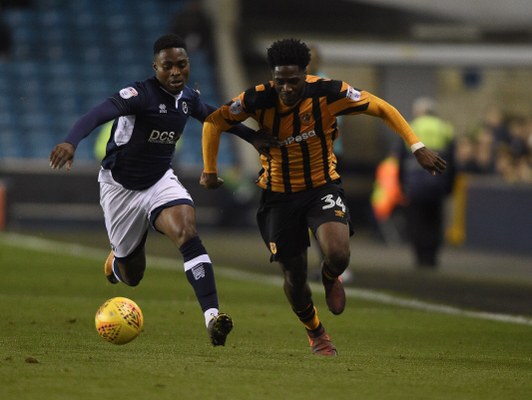 Hull recorded their first victory after going seven games without a win.

It was new manager Nigel Adkins’ first win since taking over from Leonid Slutsky.

Hull Daily Mail  rated Aina, who played the full game, seven out of 10 for his impressive performance.

The two highest-rated were Kamil Grosicki and Oudrej Mazuch who got eight, while Nigerian-born England junior international Fikayo Tomori and David Meyler got six.

Commenting on Aina’s performance, Hull Daily Mail wrote: “Began as a right winger to replace the injured Jarrod Bowen but returned to full-back to cover the loss of Clark for the second half. A useful contribution from the Nigeria international, working intelligently for his side.”