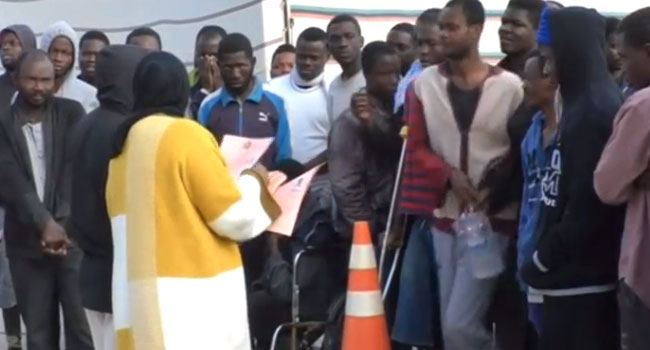 The African Union has upped its goal to repatriate stranded migrants from Libya, saying in a statement that it aims to bring 20,000 Africans home in the next six weeks.

Pressure has grown on the continental body and individual African states to get their citizens out of Libya after CNN broadcast a report showing black Africans being sold as slaves in the north African country.

The African Union had earlier said it wanted to repatriate 15,000 migrants by the year’s end, but increased its goal after a task force – including AU, European Union and United Nations officials — met earlier this week.

“The immediate focus of the task force will be on the repatriation, within the next six weeks, of the 20,000 migrants currently in identified government-controlled detention centres who have expressed the wish to leave Libya,” the AU said in a statement received Thursday.

The group is also working to organise consular services for stranded migrants and landing rights for airlines that can fly migrants out of Libya, the statement said.

Individual African countries have started their own repatriation programs, with Nigeria, the source of the majority of undocumented migrants trying to reach Europe from Libya, bringing home 144 people earlier this week.

Rwanda has also offered to take in as many as 30,000 migrants who have suffered abuse and slave-like conditions in Libya.