Unlike most Nigerians who have already written off Super Eagles’ World Cup group opponents, former Chairman of the Nigeria Football Association, Kojo Williams remains cautious over Nigeria’s first round chances, even as he declared his strong belief in coach Gernot Rohr’s young squad. Nigeria is pitched alongside Croatia, Iceland and Argentina in Group D.

“They will all give us a tough time. From their performances in the last two years, you will realise Eagles opponents are all crack sides. You can’t write off any of them. Iceland, for instance have a very good team that surprised England at last year’s Euros Championships. Iceland have one of the best youth development programmes in the world and I have been following them in the last five years. They have a robust developmental programme and you could see what they did last year, they play very well. You cannot write any one of them off because Iceland will pose the same problem Argentina or Croatia will pose to the Eagles,” he said. 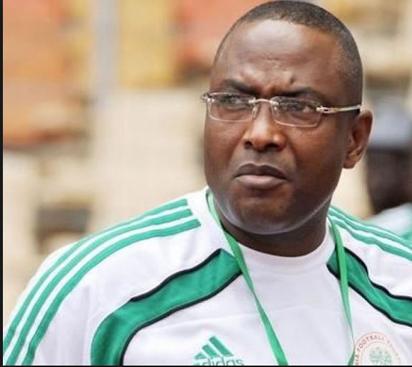 But like every other Nigerian, Kojo expects the Super Eagles to make a strong statement at the Mundial. “The ball is in our court,” he said, adding, “the problem with our players is they are easily distracted. That is why the technical crew, the manager and the coaches need to work on them and make them focus more on the task ahead.”

He continued, “I am not underrating any team. We got to work very hard because telling anybody that it is going to be an easy work, is erroneous. It’s going to be very tough. But if they work hard they can do very well and progress from the group.

“For me it will be very good to see us in the quarter final. It will be a thing of joy to see us come out of that group. Should they come out of it then the boys would have done excellently. Getting out of it is not going to be a walk in the pack.”

The Super Eagles were unassailable in the African qualifiers as they dusted the likes of Cameroon, Zambia and Algeria without a loss. Indeed Nigeria qualified for the World Cup with a match to spare.

What has really been going on  for the Eagles since Rohr took over? We put the question to Kojo.

He fired back.“How many of the old players are in that team? Only Mikel and maybe one or two others, the rest of the squad will be going to the World Cup for the first time. As for me, for a new team to qualify for the World Cup, they have done very well. It will be realistic to suggest that we can get to the quarter final, if they go past the second round, it will be good for us; they would have done very well. But I believe, what we should be looking at is the next four years, Qatar 2022. In the next four years, if they go and qualify for the semi final then we can say they have done very well. It’s a new team, please. They haven’t got the required experience yet.”

Coach Gernot Rohr deserves special mention and Kojo acknowledged Rohr’s contributions to the dramatic transformation of the Eagles. “They(the technical crew) have really tried,” he started. “The style of football has changed drastically from what the team used to play in the last six to eight years. That is the best team we have been able to put together in the past eight years.”

Kojo backed Rohr’s search for the best legs of Nigerian origin, wherever they could be got. “They are Nigerians,” he defended. “If our league could not give us the kind of players we need to prosecute our international obligations and the coach decides to bring in players of Nigerian origin, it is well and good. They are Nigerians and have the right to represent their country. It is also an indication to the fact that we don’t have a league that can produce world standard players. Why don’t they work on that? The league is very poor.

“Even when you go to some soccer academies in the country, you find better players than the ones you find in the league. You can’t defend what is not right. I don’t give a damn, whether they were born in Nigeria or not, they are all Nigerians. It’s not the fault of the technical crew,” he said.

He however commended the League Management Company for their efforts at trying to put things right. “They are trying everything, but the system is so corrupt that it cannot be changed overnight. They need a serious radical change, how they are going to go about it, I don’t know.”

Facebook Comments
2018 FIFA W/CUP: Getting out of Group D won’t be easy for Eagles — Kojo Williams