Google is to deploy a staff of 10,000 to hunt down extremist content on its YouTube platform following recent criticism, the video-sharing site’s chief executive told Britain’s Daily Telegraph Tuesday. 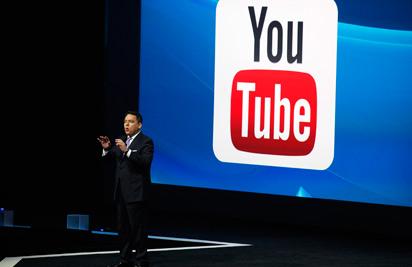 Susan Wojcicki admitted in the broadsheet that “bad actors” had used the website to “mislead, manipulate, harass or even harm.”

British Prime Minister Theresa May has put pressure on internet giants to root out online radical material following a spate of terror attacks, while YouTube last week pulled 150,000 videos of children after lewd comments about them were posted by viewers.

Wojcicki claimed that her company had developed “computer-learning” technology to identify extremist videos, and that it could also be used to identify content that risked children’s safety.

“We will continue the growth of our teams, with the goal of bringing the total number of people across Google working to address content that might violate our policies to over 10,000 in 2018.”

Last week’s move to take down suspect content came after a British newspaper reported that ads for big-name brands were displayed alongside videos of children or teens which, while innocent on their own, drew viewer comments that seemed paedophilic in nature.

Media reports indicate the situation made advertisers skittish, with some halting YouTube advertising.