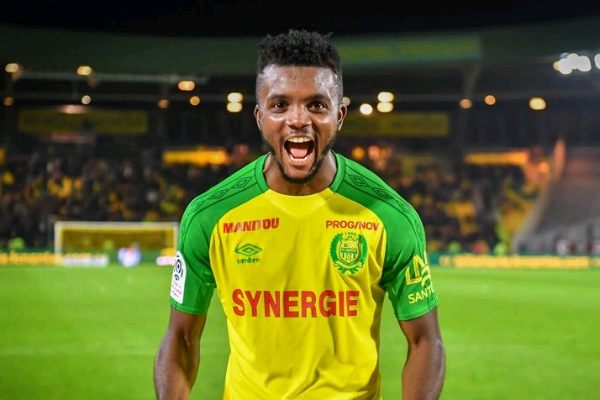 By Johnny Edward: Nantes’ Nigerian defender Chidozie Awaziem has revealed that he has a new World Cup dance and could extend his stay beyond the summer at the French club, Completesportsnigeria.com reports.

Awaziem has been rock solid Nantes since the start of the Ligue 1 season, making 13 league
appearances and scoring once. He also has an assist.

“I will love to extend my stay here at (Nantes) because of the fans who have been faithful to me,” Awaziem responded to a question regarding his future at the club during a Twitter question and answer session monitored by Completesportsnigeria.com.

“My dream has always been to play for a top team in Europe and I’m happy I started with one in Portugal.”

The 20-year-old defender, who joined Claudio Ranieri’s Nantes on a season-long deal from FC Porto in the summer, is a regular in the Super Eagles squad.

On his chance of making the final 23-man squad for Nigeria at the 2018 FIFA World Cup, Awaziem said he will create a new dance to celebrate his inclusion.

“I will dance. It’s the dream of every player and I hope I get the chance.”

Awaziem who has made only two international appearances for the Super Eagles since he was called up to the senior national team in June also picked Claude Makalele as his favourite club legend while Diego Carlos and Sergio Ramos are his best club teammates and favourite player.